There has been a renewed interest in sustainable energy technologies recently due to new legislation and concerns over the environmental impacts of fossil fuels. As a result, scientists and general consumers are working round the clock to find new ways to produce energy and electricity cost-effectively and with little impact on the environment.

Read on to learn how thermoacoustic engines (TAEs) and thermoelectric generators (TAGs) can allow consumers to generate electricity from burning wood, especially in poor rural settings.

Let’s begin with thermoelectric engines (TEGs) as the technology has been around much longer. What are wood stove TEGs, and how do they produce electricity?

TEG systems convert temperature difference and heat flow into usable direct current (DC) power. The semiconductor devices operate on the Seebeck effect, which refers to the alternative electromotive force (EMF) that develops across two points in an electrically conducting material when there’s a temperature difference between them.

How Do Thermoelectric Generators Work?

Thermoelectric generators comprise many thermocouples connected in series and parallel to create the desired electrical voltage and current. Typically, the thermocouples are aligned between two parallel ceramic plates that provide rigidity as well as a flat mounting surface.

All you have to do to start producing electricity is plug the thermoelectric generator module on the surface of your wood stove. It will produce electricity as long as the stove is lit and running.

Thermoacoustic engines are a newer concept in electricity generation but hold more potential than other wood-burning electricity-generating engines, including thermoelectric generators.

A thermoacoustic engine or generator is a piece of equipment that uses heat to create waves that can be harnessed to produce electricity.

Also known as the lag engine, resonant engine, lamina flow engine, or traveling wave engine, the thermoacoustic engine converts sound waves into motion, which causes a piston within the engine to move back and forth. You can easily “tap” the mechanical force to generate electricity.

The stack or regenerator is connected to a resonant acoustic circuit. Typically, the acoustic oscillations cause compression, heating, expansion, and cooling within the fluid. TAEs utilize these movements and acoustic forces electricity, though other engines use them to drive coolers and heat pumps. Conversion of acoustic forces into electricity is through electro-dynamic transduction.

This part is a little technical. But it’s critical to understand how thermoacoustic engines work and their applicability.

Generally, standing wave TAEs have inherent irreversibility. Thus, developers initially worked with traveling-wave heat engines to research thermoacoustic engines. Indeed, the well-known torus configuration traveling wave TAE developed by Backhaus and Swift proved that it has a much higher efficiency (41%) of the Carnot factor at high operating temperatures up to 725°F.

Unfortunately, TAEs must compete with more mature engines such as the Stirling engine at such high temperatures. It’s not easy to compete at that level, considering that wood (the primary fuel in TAEs) burns at much lower temperatures.

The changes make it possible to use TAE technology on low-temperature sources such as solar power (70°F) and waste heat, such as wood (400°F).

In fact, UK researchers at Score were recently able to integrate TAEs with high-efficiency biomass-burning stoves thanks to de Blok’s recommendations. Score is an international collaborative research effort that aims to build low-cost, high-efficiency woodstoves to power thermoacoustic generators for electricity production. The organization targets 1.4 billion people worldwide for uses such as LED lighting, powering standard devices and appliances such as TVs, and charging mobile phones and 12V batteries.

The TAE system is the primary module of the system and consequently determines the overall performance of the wood-burning electricity generator. It is also the most expensive part of the generator.

A standard TAE system for wood-burning electricity generators combines two identical thermoacoustic engines and feedback loops. The two engines are positioned close to each other in a dual-regenerator configuration.

Feedback loops connect the two engines and form a quarter wavelength configuration. However, the ultimate configuration varies from one manufacturer to the next.

Wood selection is important is it determines the efficiency of the entire process. So, make sure you have the best wood pieces. We recommend the same wood you’d typically use in your indoor fireplace. The sizes of the wood pieces also matter.

The first step is to place the wood in the combustion chamber and light the logs. The heat from the wood will quickly move to the TAE system with the help of convoluted hot heat exchangers (HHXs). The HHXs quickly heat to 700°F during wood heating.

In the next step, the HHXs transfer the heat to one side of each heat regenerator through conduction and radiation. The system is designed such that the ambient heat exchanger rejects heat on the other side of each regenerator.

We also mentioned that the system comprises a water reservoir. A 55-gallon reservoir is common and is positioned toward the ambient heat exchanger to take heat from the thermoacoustic engines. The process depends on the auto-siphon effect for water circulation. This eliminates the need for a water pump.

Most TAE engines use rejected heat for cooking and heating purified water for drinking. Meanwhile, the gaseous wastes exit the system through the chimney.

How Much Electricity Can You Generate with Wood-Burning TAEs?

This is the biggest issue currently as you can only hope to convert about 2.5% of total combustion energy into useful electricity through wood-burning TAEs. However, this doesn’t mean that all the remaining heat is lost. Indeed, the electricity-producing process only utilizes “waste” energy from the wood-burning process.

Of the 2.0kW, about 1.7kW is used to heat water. This means that only about 300 watts enter the acoustic power process.

Unfortunately, the acoustic power generation process also has gaps that often lead to energy losses. For instance, losses at the alternator can be as high as 150 watts. The battery can also lose another 50 watts. Thus, in the end, you may only have 100 watts to show for the entire process.

It’s a very small amount of power, though it can still power the TV, radio, lighting, and charge your laptop and mobile phones.

The good news is that wood-burning electric generators are only just getting off the ground. It’s a new technology that will see massive improvements in the coming years to eliminate most of the efficiencies and create a more productive system.

For instance, although utilizing about half of the total energy from the wood-burning process is okay (since people must cook), chimney losses and energy losses in the chimney housing can be eliminated or significantly reduced. More efficient heat transfer methods and better material choice are just a few ways to minimize the losses.

Experts also argue that efficiency should be a secondary matter considering that TAE heat is actually waste from the cooking process.

Let’s begin with the advantages. The following are some of the main advantages of wood-burning electricity generators.

Thermoelectric generators and thermoacoustic engines are infamous for being extremely energy inefficient. A typical TEG or TAE is only about 5% efficient when used independently. However, the efficiency doesn’t matter anymore when using waste heat to power the generators. So, for instance, the TEG becomes 100% efficient because the heat would’ve gone to waste anyway.

Above all, tapping electricity from a wood-burning process can be very economical. Consider TEGs, for example. TEGs are very affordable and don’t even require much maintenance. Yet, they can power several devices, including your laptop, at a go. TAEs are just as cost-effective. They’re slightly more expensive upfront – but only until you remember that you’re also getting a wood stove and water heater in the same setup!

The only real downside of tapping electricity from wood-burning sources is that you cannot get much power from the systems. TEGs rarely produce more than 100 watts per hour, and TAEs aren’t much better. So, it means that you can only rely on the sources to power standard home devices such as laptops, the TV, music systems, and phone charging.

You can generate electricity from burning wood in two main ways, i.e., through thermoelectric generators (TEGs) and thermoacoustic engines (TAEs). Both solutions are highly efficient, considering they rely on waste heat. They are also highly cost-effective. However, beware that you cannot generate more than a few hundred watts from either method.

How to Make Electricity by Burning Wood: An Introduction to Thermoelectric Generators (TEGs) and Thermoacoustic Engines (TAEs) 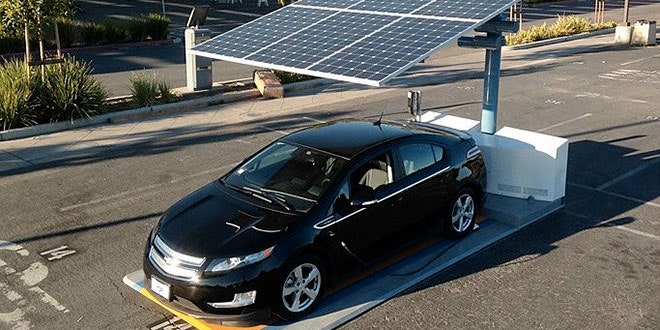 2 thoughts on “How to Make Electricity by Burning Wood: An Introduction to Thermoelectric Generators (TEGs) and Thermoacoustic Engines (TAEs)”